For some people, fishing is not just about getting a bucket full of what the water has to offer. It is also about the fun, the excitement, the adrenaline rush when you put in a good fight with your underwater opponents.

If that sounds like something you would enjoy, then our crappie fishing guide is definitely for you. In our article today, we would dig deep into the ins and outs of this species and how it would be a great choice if you decide to have a blast with your rods. Everything You Need To Know About Crappies

Crappie – or white perch, calico bass, or paper mouth, depending on where you come from – are a type of fish usually belonging to the freshwater of North America.

Due to their delicious taste, their tendency to fight back aggressively once struck, and their immense population in most lakes, crappies make for excellent panfish (fish that fit their whole body inside a pan and are usually caught by anglers).

According to scientists, there are two main types of crappie available for fishing: black crappie and white crappie. Black crappie’s bodies are rounder in shape, and they have an upturned mouth that appears to be smaller than that of white crappies. On each side, there are multiple dark-colored dots and blotches arranged randomly. You can spot these speckles easily as they are against the silvery skin of the fish.

Black crappies take a liking to clear water, somewhere a little acidic and alkaline. They feed mostly on tiny crayfish, baitfish, and insects.

White crappies are longer than their black counterparts, and their mouths tend to be slightly bigger as well. Unlike black crappies, white crappies have distinctive vertical bars running along the sides of their bodies, albeit their color is pretty much the same – also a dark shade of black and green.

It is worth remembering that white crappies are usually mistaken with black crappies, especially during spawning seasons. When sexually mature, males from both species will start having dark blemishes splashed across their bodies, causing white male crappies to look very similar to black ones.

In terms of habitats, white crappies are more prevalent in murky lakes, even if it means less vegetation around and a diet that relies heavily on minnows.

Now that you have gotten to know the basic knowledge of crappies, let’s move on and start mastering the art of crappie fishing.

Before embarking on your journey, make sure you have already gathered the necessary tools, including:

Once you have done with your tackle box, it’s time to dive deeper into the art of crappie fishing.

When and where to fish crappie

While crappies can be caught all year round, the spawning season is the best time to catch as many crappies as possible with the least effort. From early March to around June – July, crappies would come to coves with shallow water or travel along the creek channels and other dark-bottomed areas.

Besides, crappies can also be found between sunken timber, brush piles, or sunken trees, where the predators would struggle to sneak in. Check out anywhere that might provide shelter and cover for the fish, which attracts crappies the most. If you decide to go out a little bit later in the year, be aware that crappies would stay in deeper water for warmth. They only rise to the surface twice, early in the morning and early evening to forage, so choose your moments wisely. Examine places with deep weed lines or humps, as those would be crappie’s ideal locations.

Also, please note that crappies tend to travel in groups. So if you spot a specific place full of crappies, be sure to seek out similar structures within the vicinity. More crappies are sure to be on their way!

How to fish crappies

Make sure your light spinning rod and reel are ready. For your monofilament line, the typical 6 lb test is the most common and effective. You may want to opt for live bait, but as stated above, we believe jigs would be a better choice. For crappie fishing, jigs from ⅛-ounce or smaller will do the job just fine.

Crappies tend not to stay in one particular area. Instead, they troll around and can be elusive. So do not just stand there and expect the crappies to come to you. Spend time wandering around potential locations, switching the depth of your lures until you find out where the fish stay.

Now that you have got tools at your disposal and a favorable location filled with crappies, it’s showtime! First, tie the jig on and let it sink slowly towards the deep end. Next up, carefully reel the jig to create motions and vibrations to attract any nearby crappies.

Once you feel a bite, do not set the hook too hard, or else the delicate mouth of the crappie will be torn apart. Instead, set the hook steadily and in slow motion to get it fixed inside the fish’s mouth. Then swing it up so that the fish falls towards your standing, and cut the hook using scissors.

Crappie fishing might seem difficult at first, but you will soon get better at it with thorough preparation and constant practice!

How to tell the difference between black and white crappie?

If there is any difficulty trying to determine whether crappie is black or white, have a look at their dorsal fins. Black crappies always have more spines there, usually 7 or 8. Meanwhile, white crappies only have 5 or 6 spines.

This tip is beneficial during spawning seasons, when both species develop random markings across their bodies, making them almost identical.

What is the best live bait for crappies?

Crappies mainly feed on minnows and insects, so anything from killifish to crayfish to worms will be enough to attract them. If you want to double the effectiveness, consider attaching minnows to jigs. The natural scent of minnows coupled with the jig’s vibrations is sure to lure some crappies your way.

What is the best weather to go for crappie fishing?

Crappies usually enjoy a cool temperature – not too hot or too cold – so cloudy days would be the most ideal. When the sun is partly blocked, and the overall heat is reduced, crappies tend to swim up near the surface, making themselves easier targets for you.

What color jig is the most visible to crappie?

Chartreuse – or olive – is the best color for jigs. Regardless of how clear the water is, chartreuse would still look exactly like a minnow underwater. Besides, other typical colors like orange, orange-white, or black-lime are also good choices. Which is better: live bait or lures?

Artificial lures are slightly better than live bait for crappie fishing in terms of versatility, cost-effectiveness, and efficiency. Lures give you a level of readiness and flexibility with their various colors, sizes, and functions that live bait does not.

However, you can always have the best of both worlds by combining live bait with a jig.

The mouth-watering taste, its excellent nutritional value as well as its hard-fighting nature make crappie an excellent option if you want to both enjoy the fun and satisfy the stomach. So whenever you are ready for a round of crappie fishing, do not forget to follow our guidelines and make the best out of your time

How To Use Drone Fishing: Choosing Your Rod, Reel, Line (Beginner’s Guide)

What Is Best Time For Bass Fishing?(12 month review)

A Thorough Review Braided Fishing Line For Every Angler

James Fishing - July 22, 2021 0
If you consider yourself a true fisher, you must know how essential owning a braided fishing line is. However, choosing the right braided line...

How To Choose Fishing Line Weight – Ultimate Guide For New...

Fly Fishing Guide For Newbies: Things You Need To Succeed

How To Choose A Fishing Rod (Ultimate Guide For Beginners) 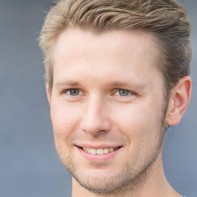 James Fishing
Hi, my name is James. I have been fishing since I was a child and I am planning to go to all States in the USA to check in and Fishing. Fishinghacking.com is my personal blog to share all my fishing skills with anybody who loves fishing like me. Comment and share your question or idea if you find it useful. Thank you!

As an Amazon Associate I earn from qualifying purchases.